For our Regionals we will have 2 of our regional judging panelists at each event.

At the NZDA Finals we will have a selection of NZ's best along with a compliment of Internationals so long as we can get them into NZ. 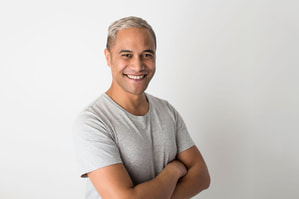 ​Turanga graduated from University of Auckland School of Creative & Performing Arts in 2001 and from the American Musical and Dramatic Academy New York in 2007. Turanga works professionally in live theatre, television and music, as a vocalist, vocal coach, actor, dancer and choreographer. He has appeared in a number of musicals in Australia including Chess, West Side Story, High School Musical Live and in the part of Simba in the Lion King. He has been backing vocalist for the likes of Marcia Hines, Guy Sebastion and Stan Walker. He has worked with X Factor Australia and New Zealand as a vocal coach and choreographer. Since 2011 he has been head choreographer for Coca Cola Christmas in the Park. Turanga has been a guest at the NZ Boys Dance Convention as well as fronting K-Pop. Turanga is the NZ resident Judge for the New Zealand Dance Awards 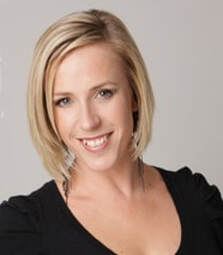 Ange discovered her passion for dance growing up in New Zealand, where she was fortunate to have some inspirational teachers who helped guide her passion in the right direction. She has trained in and completed exams in Ballet (RAD) Tap (BBO and NZAMD) and Jazz (NZAMD and AJDA). She gained a lot of experience dancing in competitions, performing in troupes and musical theatre shows. At the age of 19 Ange followed her passion, moved over to Melbourne and completed a Diploma in Performing Arts at Bartuccios Dance and Performing Arts Centre. Training included ballet, jazz, tap and contemporary as well as many other skills and styles.

Since graduating Ange has gone on to perform on numerous television shows in Australia such as In Melbourne Tonight, The Footy Show, Hey Hey it’s Saturday, Sale of the Century, Battle of the Sexes, Neighbours, Totally Full Frontal and as a featured role of Mandy on The Strip (NZ).

In 2000 Ange was one of the first recipients of an LA Danceforce scholarship to The Edge in Los Angeles and spent 3 months there in 2001 gaining valuable knowledge from inspiring teachers and industry choreographers in genres such as jazz, contemporary, tap and hip hop. Upon returning to New Zealand Ange took on roles in Musical Theatre shows such as Anything Goes, Razzle Dazzle, Jesus Christ Superstar, Ovation, Another Right Royal Gala and in 2004 played the role of Jan in Grease, which was a definite highlight.

Ange has choreographed numerous corporate events in New Zealand as well as choreographing for International rugby tests, the International Rugby Sevens, Stage Shows and was one of the resident choreographers for the Hurricanes Super 14 rugby team dancers in Wellington for 3 years, alongside Leigh Evans.

Ange has been in high demand as a teacher, choreographer and adjudicator throughout Australia and New Zealand and enjoys being able to teach at workshops and seminars.

As a teacher, she spent numerous years working with the Wellington Performing Arts Centre, teaching the fulltime Commercial Dance and Musical Theatre students, training them towards a professional career. Ange has taught on the Cecchetti Summer School in Melbourne (2011, 2013), Wellington International Summer School (NZ) (2009, 2013), the Tauranga Performing arts Workshop April (2013) and the AJDA congress in Wellington (2018)

In 2007 Ange relocated back to Australia teaching at the Sandra Clack Ballet Centre in Geelong, choreographing Catwalk Theatre for the L’Oréal Fashion Festival as well as performances for the Kids foundation charity ball, Wakkakerri, My Room Charity ball and The Royal Melbourne Show.

In 2009 Ange took on the role of Dance School Manager at Jason Coleman’s Ministry of Dance in Melbourne and loved working to inspire so many young dancers.

Alongside her Adjudication that she is well respected for up and down the country, she was honoured to be invited to be a part of the Adjudicating panel for the 2017 and 2018 PACANZ - National young performer of the year troupe awards and has been on the judging panel for the New Zealand Dance Awards in Christchurch for the past 3 years. This year she has also been invited to take the jazz scholarship award for the NZAMD scholarship annual awards.
​
Ange is loving being back home, in New Zealand teaching and working with the next generation of dancers and performers and to inspire and pass on her knowledge and passion.
​ 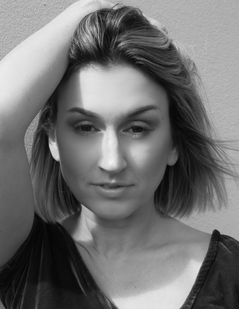 Kylie is a trained jazz, ballet, and tap dancer. She is the Artistic Director of Norris Dance Studios in Auckland, New Zealand, along with the founding principal of 49 years, her mother Carolyn. For the past 23 years Kylie has trained dancers to a competitive and professional level, with many going on to embark on international careers. Kylie is a sought after choreographer, with her own distinctive style. One piece that has been viewed all over the world, is her work titled ‘Origami.’ The routine has sparked articles to be written about it in Creme and NZ Life & Leisure magazine, has appeared on television shows Good Morning, and The 4.30 Show and was invited to compete in Americas Got Talent. The routine appeared as a dance feature in NZ’s Coca Cola Christmas in the Park to an audience of 200,000 people. ‘Origami’ has won multiple international and national competition titles and awards.

Kylie holds a teaching certificate with the NZAMD (New Zealand Association of Modern Dance) in which she gained one of the highest marks in the country. In 2017, Kylie based herself in Australia and has since traveled extensively throughout Australia, New Zealand, Asia, and the UK to freelance as a dance teacher, adjudicator for international competitions, and a choreographer.

In 2019, Kylie with her business partner Lucy Ellis created and co-wrote IDT; an online International Dance Technique Syllabus that trains jazz technique. The program has seen great success in its first two years with over 1000 studios all over the world investing in teaching the work in their classrooms. IDT has now expanded and offers an acrobatic (AcroLink) and movement program (BodyLab).
Kylie is delighted to be adjudicating for NZDA and can’t wait to enjoy all of the incredible talented dancers that New Zealand has to offer.